← more from
Lost And Lonesome

Why That Doesn't Surprise Me 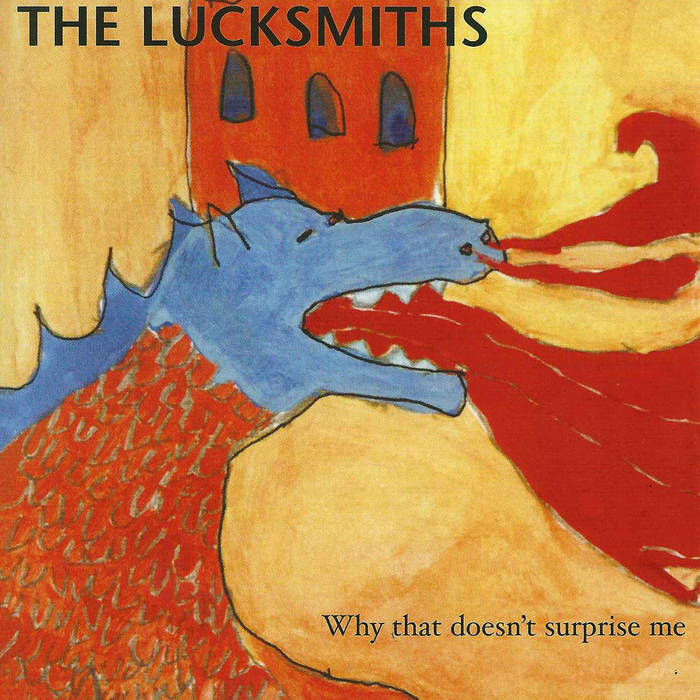 jjsings I find this album more melacholy than some of their others, but maybe its because of when I first listened to it. The lucksmiths songs are like sponges for emotions.


"I've never met a real, live Lucksmiths fan, but I get the feeling that most of them are pretty damn obnoxious when it comes to talking about the band. The largely unheard Aussie trio has garnered a following that makes up for its small size with heaping portions of reverence. Their website, for example, includes cute little inside features, like the Top 5 Lucksmiths songs, as voted by the fans. Like Belle and Sebastian circa 1996-97 (who had a similar feature on their website), the Lucksmiths are practically personal property to their fanbase; they are the small "cult" band that the 15-year-old in all of us hordes and keeps for ourselves.

I apologize to all Lucksmiths fans for making strides to out their greatness. The band is simply worthy of the myriad cappuccino cups of mouth foam that their rabid following has bestowed. I'll risk all-out exploitation, by deeming them worthy of even a larger fanbase, even though their sixth (proper) album, Why That Doesn't Surprise Me, isn't much of a departure for them, or music in general. Bands like Felt, Field Mice, and, most recently, Belle and Sebastian have forged, realized, and revisited the sunny terrain of twee guitar-pop that the Lucksmiths play on. The band is utterly content in presenting simple, catchy love songs that make no waves to innovate. And that's fine, because they're damn good at it.

Perhaps an even more appropriate description of the Lucksmiths sound is found in the title of Surprise Me's opening track, "Music to Hold Hands To." One could do little more than sway to the cleanly produced, mid-tempo gem, but as drummer/vocalist Tali White explains, "Sometimes something you can dance to/ Is the last thing that you need." The album's most infectious track, "Self Preservation," is frenetically jangly, and bolstered by stuttering, punchy drums. And it's about breaking up. During the unforgettable chorus, a celebration of horns joins in, and White only seems happier, singing, "And whatever comes next/ If we leave the nest/ Don't settle for less than what we've got." This optimistic take on the potentially maudlin territory of Splitsville is immediately endearing-- much more so than the similarly themed, humdrum piano ballad "All the Recipes I've Ever Ruined."

While we've heard all this guitar-pop stuff before, it's through their lyrics that the Lucksmiths make their distinct mark. Guitarist Marty Donald, bassist Mark Monnone, and White all write songs, and they're all brimming with cleverness. Monnone evokes Billy Bragg's ability to make the mundane witty in "Don't Bring Your Work to Bed." In "First Cousin," White's imagery is first-rate in confessions like, "You were like a storm that I could talk to." And Donald (who wrote the bulk of the songs here) is so cunning that his wordplay sometimes goes overboard; in "Synchronized Sinking," he writes, "Why don't you let go of your boy and see/ You've lost none of your buoyancy?" But I'll take flagrant wordsmith pride over triteness any day. The fact that Why That Doesn't Surprise Me comes almost four years after the last Lucksmiths album makes sense: this sort of intelligence takes time to filter into meter and rhythm.

Because it's so consistently and remarkably enjoyable, Why That Doesn't Surprise Me has the right to become the Lucksmiths' breakthrough, their The Boy With the Arab Strap, if you will. Drive-In Records, of course, is no Matador as far as distribution goes, and it's doubtful that the band will ever gain a following larger than the one they already have. So, the tried-and-true fans should be content in the fact that they're right, now more than ever. As for the rest of the world, just know that Why That Doesn't Surprise Me is the most entertaining Australian export since Nad's Hair Removal System. Delicious!"

Bandcamp Daily  your guide to the world of Bandcamp

Featured sounds by K.Spark and WIZDUMB, plus Basi joins the show to discuss his latest release.